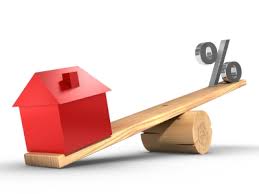 Home prices are showing signs of easing compared with price increases from last year. While the annual rate of home values remain at historically high levels, the rate at which they are increasing is waning in recent months.

As far as mortgage rates are concerned, the 30 year fixed-rate national average is up for a second consecutive week and rates are hovering around 7 year highs at the moment. The recent Federal Reserve meeting took a pass on raising rates again, however the expectation is that there will be raises on the Federal Fund Rate later in the year. The rates are already baked in for the upcoming rate hikes in anticipation.

Despite the gradual inching up of mortgage rates, it’s a still a great time to buy a home as rates are still incredibly low in comparison to other times in the not too distant history and there is a wide variety of different options and programs available.

This market update is brought you to by Sean Spacil with Supreme Lending. For more mortgage information contact Sean at 828-708-5327.

The Art of Downsizing